Hemp Glasses, Made In Argentina 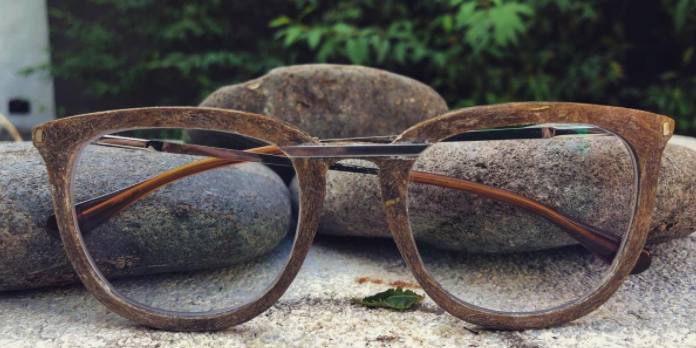 Gaia Eyewear is a concrete experience in the industrialization of hemp in Argentina. From Bernal, Quilmes, the industrial designer Mariano Percivale developed this project that combines sustainability with efficiency and functionality.

Gaia Eyewear emerged between 2013 and 2014. His creator, Mariano Percivale, says “Gaia” came up “out of a need of mine to start a project with a sustainable nuance, but that meets my needs as a student of industrial design and get into the world of designing and creating a fairly innovative project.”

The glasses developed by Percivale have different sustainable components, such as recycled wood or acrylic and hemp. About that, he explained why he chose hemp as an input to produce: “the history with hemp dates back to seeing a friend harvesting our plants, grabbing a stem and making a bracelet with some fibers. That moment was a key in my life because I saw that image and my head exploded into a thousand pieces, thousands of images came to me of what I could do and I began to investigate what hemp was, because I had no idea.” And he highlighted: “I found an infinite world.”

The production volume is medium. However, in January 2020, they exported to Uruguay.

“We were the first Argentine company to export a hemp-based manufactured product in the country and now we are going to export to Colombia and Barcelona. From Barcelona it will also go to the Netherlands, therefore we will be the first Argentine company to export these products to another continent. We hope it will be positive and that it will be the possibility of exporting to other countries,” Percivale said. And he added: “We had the possibility of exporting to the US, but there was a lot of bureaucracy.”

The projection that Percivale has for the venture focused in 2021 is the sale of 2000 units per month to the Netherlands, Barcelona, ​​France, Belgium, Colombia and the United States. However, the idea is to generate a greater presence in the local market, with an income of 4 million pesos per month, on average. These numbers are based on an enterprise that uses raw materials that, still, cannot be grown in Argentina legally and that even with this issue there are income in the order of approximately 50 million pesos per year. “If it could be exploited, thousands of companies could make billions more,” he says.

About the market, the industrial designer indicated that there was a good introduction, because “the product is not only the symbolic part of hemp, but also responds to technical, physical and sustainability behaviors. It is harder than a common acetate plastic, it is lighter; in other words, it is more comfortable for the user and there is a tendency to search for sustainable objects nowadays because there is much more awareness.”

Also, Percivale warned that “currently, we can do this at medium or low volume well; but if demand increases, we will have more complications to get the raw material,” since “you have to bring it from outside and costs increase.” At the same time, he said he has a project to make helicopters and racing bikes made from hemp, but he sees it as complex for the same reason. In the current context, the creator of Gaia Eyewear said that “our hands are tied for any other idea we may have.”

Regarding future prospects with the hemp industry in Argentina, the creator of Gaia Eyewear said that he has “the same perspectives as when I started 7 or 8 years ago with this research and with this undertaking, which are the best. I believe that Argentina is going to be a sustainable world power, that this will allow us to heal our soils, to heal our forests. Likewise, developing an industry that is going to provide work for everyone, is going to eliminate hunger in Argentina; it’s going to give more legitimacy to women since there are going to be more companies where they can take positions of relevance.”

In terms of the political future, Percivale trusted that hemp development “will bring unity in Argentines, because hemp brings an intrinsic message: it’s working together. With this, I see a paradigm shift, so that politicians can also form a consensus line and that the path to industrialization and the prosperity we deserve as a country can continue, no matter what government passes.”

As for his work, the industrial designer sees a good future, where he intends to continue in the world of design, glasses and fashion, in addition to the projects he continues to think about. In conclusion, he expressed: “I dreamed this many years ago and it’s happening. Obviously, it’s the beginning. As I always say: they cut the plant, but they didn’t know that the seed was germinating.”

This article was originally published on Industria Cannabis. More from this media outlet on Benzinga’s El Planteo.