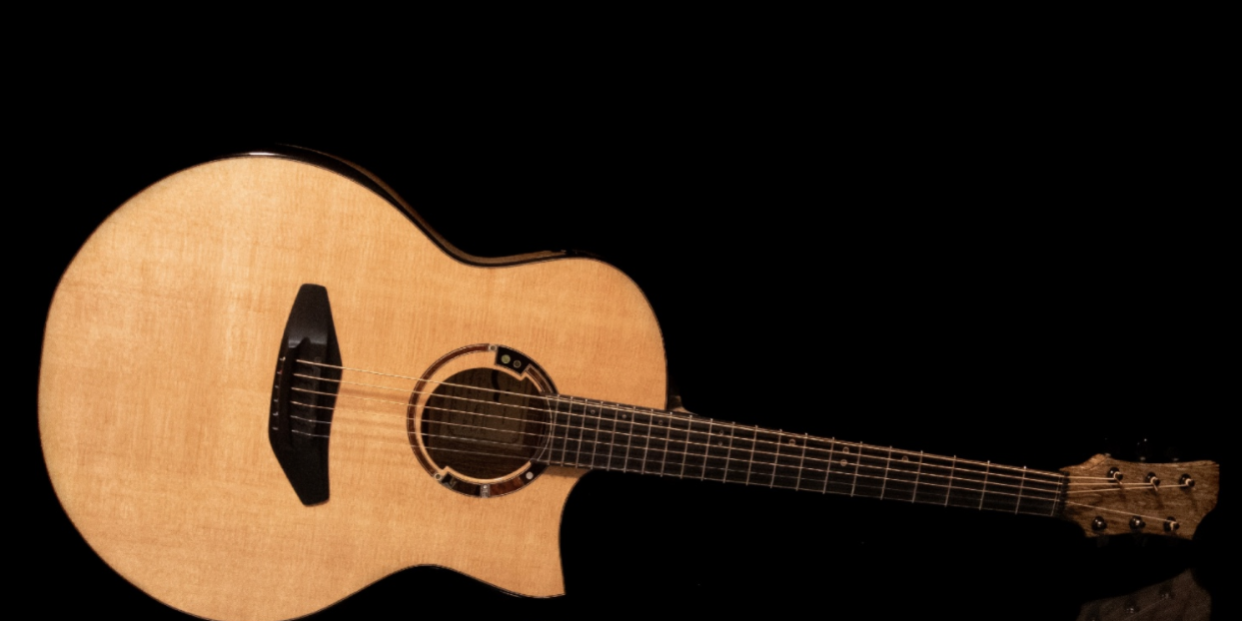 A luthier based in Canada has stepped up the game for sustainability within the guitar industry by crafting the world’s first-ever acoustic guitar from one of the most sustainable tonewoods on the planet: Hemp.

The ambitious project was masterminded by Reuben Forsland of JOI Guitars, who has also previously created a guitar out of floorboards from Jimi Hendrix’s childhood home.

A press statement describes the laborious process involved in the creation of the guitar, with Forsland having to extensively experiment with flexing and sanding the Hemp Wood to ensure it could be used to manufacture a guitar with.

Due to Hemp Wood’s tendency to become tender and shatter when cut thin, Forsland had to employ gentle tooling methods and utilised a kevlar honeycomb core and carbon fibre to reinforce the guitar, which took around eight weeks to finalise.

Compared to other tonewoods typically used to construct guitars, Hemp Wood, which is achieved by combining compressed hemp fibre with a soy-based glue, is among one of the most sustainable materials available to work with today.

It’s able to absorb up to four times more carbon in its lifetime when compared to other forested areas of a similar size and is 20% stronger and grows almost 100 times faster than oak, allowing it to be ready for use in months instead of decades.

A statement from JOI Guitars describes Forsland’s hopes for the guitar to inspire others in the industry to rethink the possibilities of using sustainable materials.

“When you have the opportunity to work with something new, challenge yourself, expand your skills and capabilities, while crafting a beautiful guitar – that experience makes me grateful to be a part of the community of visionary people who combine sustainability and work together,” he says.