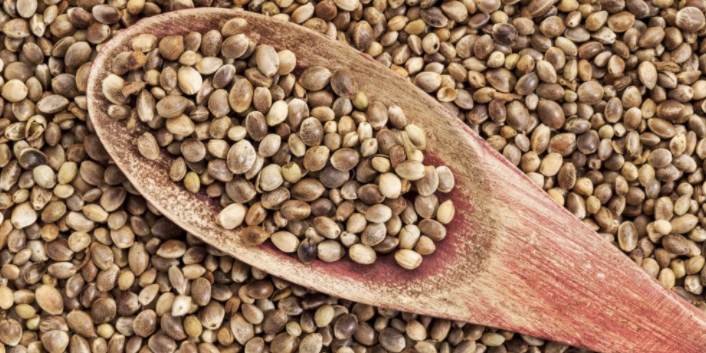 An executive at a hemp advocacy group has been appointed by the U.S. Department of Agriculture (USDA) and Office of the U.S. Trade Representative (USTR) to a federal advisory committee on trade issues, officials announced on Friday.

Kevin Latner, vice president of marketing for the National Industrial Hemp Council (NIHC), will serve as a member of a panel focused on trade in processed foods alongside representatives from major well-known brands and organizations. This appears to be the first time a hemp market advisor has been appointed to formally guide federal policy since the crop was legalized under the 2018 Farm Bill.

“Because U.S. exports of industrial hemp and hemp products are relatively new, it is critical to insert hemp into existing agreements and incorporate it into ongoing negotiations,” he said. “I am honored to be able to represent farmers, producers and product manufacturers through my service on” the committee.

Latner and other members newly appointed to this and other panels focused on additional categories of goods will serve until 2024, USDA and USTR said in notices.

Besides Latner, other advisors on the proceeded foods trade committee include representatives from the Kraft Heinz Company, Brewers Association, Wine Institute, PepsiCo., Campbell’s and National Association of State Departments of Agriculture.

USDA and USTR created the group to “advise, consult with, and make recommendations…on matters that are of concern to the United States and to its consumers, producers, processors, and traders of processed foods in connection with the trade policy activities undertaken by the United States” and to “provide advice and information regarding trade issues that affect both domestic and foreign production and trade concerning processed foods.”

The committee is expected to generate “advisory opinions and reports regarding trade policy as requested by” federal officials.

“NIHC is honored to have been chosen to have a voice at the table to represent the interests of hemp farmers and the hemp industry,” NIHC Board Chairman Patrick Atagi said in a press release. “It’s critical to defend U.S. leadership in industrial hemp production by having regulations focused on trade that expand market access.”

“NIHC participation on the [Agricultural Technical Advisory Committees for Trade] reflects our commitment to support farmers and producer trade interests and we look forward to the good work Kevin will deliver on behalf of hemp farmers across the country,” he said.

Under a trade deal signed earlier this year, China will be required to buy a lot more hemp from the U.S.

Latner’s appointment represents another step toward normalizing the industry since the non-intoxicating cannabis crop’s legalization through the 2018 Farm Bill. USDA has been actively engaged in rulemaking for the industry, adjusting its programs to accommodate hemp farmers and approving state, tribal and territory hemp regulatory plans.

USDA clarified in guidance last year that hemp plants and seeds are able to be imported from other countries.