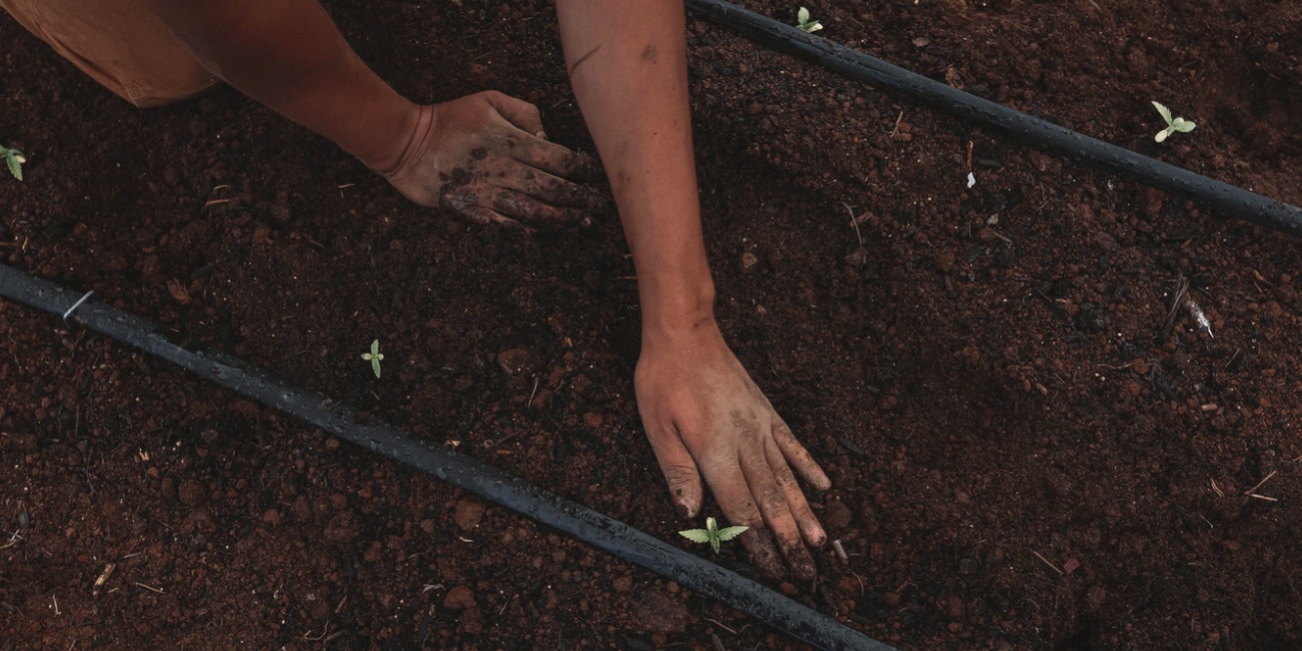 Rarely a day goes by that Greg Nicholas says he isn’t asked about his “pot farm.”  Some are joking, but more often than not, they believe Nicholas is growing marijuana on his hemp farm outside of Clear Lake.

“Hemp is nowhere near the same as marijuana.  They are related— it looks, smells and feels like marijuana, but it is definitely not the same,” explained Nicholas.  “It’s like field corn versus sweet corn.  It’s just going to take education for people to understand what hemp is and what it’s potential is.”

Sen. Joni Ernst (R-Iowa) made a stop at Nicholas’ hemp farm Tuesday as part of her 99 County Tour for 2021. During the stop Nicholas was hoping to educate Ernst about his operation and push for a reduction in regulations which he says are stifling production of a potential super crop.

“I honestly believe fiber is the future,” said Nicholas, noting hemp is already in 25,000 products, ranging from food and water, to clothing, beauty and skin care and even automobiles.  “My grandpa recalls when people were asking what soybeans were when he was starting to plant them. It’s the same thing with farmers starting to grow hemp.”

In Iowa, 2020 was the first year it was possible to grow hemp legally in Iowa. Eighty-two licenses to grow and market hemp were issued in the state, including one to Nicholas.

Admittedly the first year was a learning process, but it was also largely successful.

“I knew I could get it in the ground and make it grow, but we didn’t anticipate Iowa soils are so much more productive than Colorado.  We ended up growing seven to eight-foot trees,” said Nicholas.

The labor needed to harvest, as well as weeding the non-genetically modified crop, were unexpected challenges.

To simplify things this year, Nicholas said he will plant just five acres of hemp this June, as opposed to the 15 acres he devoted to his initial crop.

“We had to weed by hand last year and it was a lot of work all summer long— an absolute bear— sometimes on our hands and knees.  Like organic corn, you can’t just put a herbicide down.  It’s all done by hand, so it’s a chore.”

Drying the crop was another challenge, but the purchase of a specialized grain drying system from the Shivvers company in Des Moines, proved to be a good investment.  The system was the first of its kind and it worked very well.  Most growers were hanging hemp in buildings to dry for a month or more, but Nicholas was able to reduce the drying time to hours, rather than days.

Again this year, Nicholas will continue to focus on selling his hemp for the cannabidiol market (CBD).  It’s a product he believes in.

“I take CBD every single day. It helps my attitude and energy.  I encourage people to try it,” he said.  “Yes, it’s expensive, but what’s your health— and mental health worth?  There is research going on now to determine if CBD could potentially help with COVID.  The benefits of CBD and help are many.”

Nicholas said he looked forward to discussing ways lawmakers could make it less risky for growers to give hemp a try.

Currently, rules state the plant can have no more than 0.3 percent THC (a cannabinoid molecule in marijuana (cannabis) that’s long been recognized as the main psychoactive ingredient). When the crop is ready to harvest, the grower has to contact the state and the state takes samples. If the THC level is too high, the farmer has to plow the crop under. If the levels are OK the farmer has exactly 15 days to harvest the crop.

“The 0.3 is an arbitrary number that someone attached to it many years ago.  The THC level is so low, that to hold to that level is very difficult,” said Nicholas.  “The farmer is taking a big risk.  It’s a difficult industry to get in to and if the crop goes hot (higher that 0.3 percent THC) you’re out.  There is no crop insurance.  You’re just out.  We need to dial in these regulations.  Education is key.”

(Above) Senator Joni Ernst visited the Nicholas Hemp Farm Tuesday to learn about their experience with growing industrial hemp. Ernst is pictured with Greg Nicholas and his father, Greg, who were among the first Iowa farmers to grow a hemp crop.-Reporter photo by Chris Barragy.