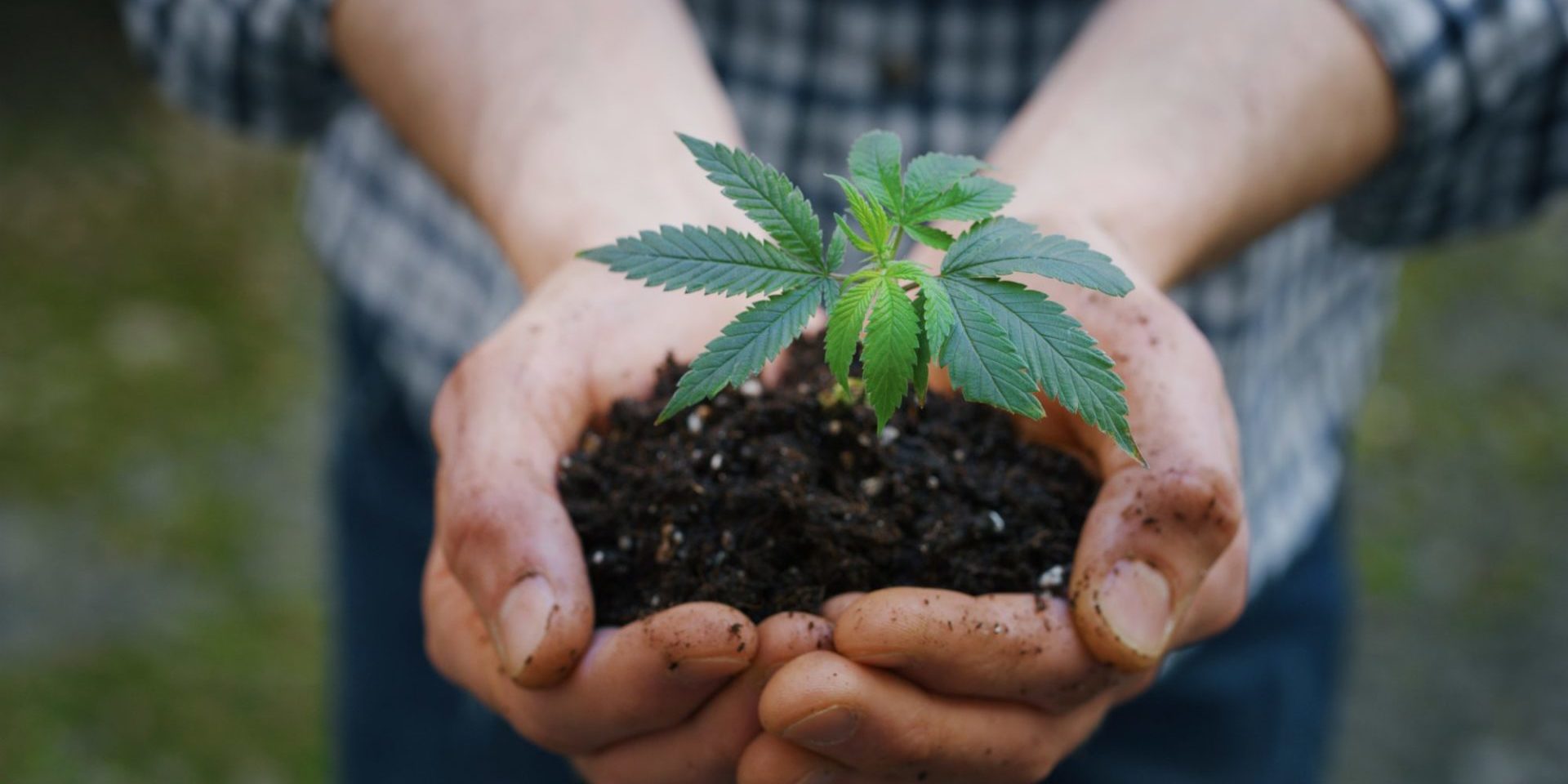 Noting the wide range of botanical similarities between hops and hemp, the team at Midwest Hop Producers is making the switch.

Annette and Bruce Wiles are spending the snowy winter selling their hops equipment after six years of selling their fragrant flowers in the brewery supply chain. It was a good experience, Annette says now, and the learning curve has helped get them to where they want to be as the 2021 season opens: primed and ready for hemp cultivation.

Bruce and his family are third-generation row crop farmers from Nebraska. Annette came from a business background. Six years ago, the allure of the hops market (small acreage, good ROI) brought them to split off from the row crop history and try their hand at something new. Their expertise blended well, and the business took off. They called themselves Midwest Hop Producers and located their farm in Plattsmouth, Neb., just south of Omaha.

“We were blessed with the experience, to get us prepared now for the next journey,” Annette says, looking ahead to an immersion into the burgeoning hemp business. “Who is lucky enough to have one plant that can have three different types of crops?”

In 2019, the couple was selected as one of 10 pilot businesses for industrial hemp cultivation.  They grew four varieties of hemp in their greenhouse (72 plants each) and harvest late that winter. (A record-breaking flood devastated much of the area around Plattsmouth earlier that spring, altering the landscape and throwing agricultural timetables out of whack.) The couple’s biomass was used for smokable flower and pre-rolls, and, ultimately, the process helped the university extensions better understand what sort of work was needed on this crop.

In 2020, they added a ¼ acre outside, and Nebraska issued licensed to 84 growers statewide. (The Wiles family had been growing 32 acres of hops, but that land will need to be remediated, Annette says, due to the chemical inputs that remain unapproved in the hemp business.)

By this point, the couple was discovering that hemp, overall, demanded far less hands-on labor than hops—especially toward the middle of the season when hop plants must be trained to grow in particular directions.

Now, as 2021 unfolds, Midwest Hop Producers is planning to grow starts in their greenhouse for other farmers and develop an educational conference for the regional hemp industry. Annette says it’s a holistic path to a better business: getting university extensions up to speed, running variety trials, testing the state’s diverse microclimates and soils, building that core knowledge for a sustainable marketplace. She quickly points out that there are growers still burdened by 2019 biomass, wondering where to place it. Education—from seed to sale, as they say—is the key to unlocking that equation.

As for the name: Annette points out that she and Bruce are still working through some of the legal and marketing angles on rebranding the business. For now, they remain Midwest Hop Producers.

But the hop market is an important backbone to their story. The two plants share many botanical and regulatory similarities. Annette and Bruce had been processing their crops per food-grade standards, something they continue to do with their nascent hemp business in order to prepare for future FDA oversight. They’re familiar with product liability insurance and the importance of terroir. They’ve worked with university extensions to study wild hops, much in the same way that researchers are now analyzing feral hemp that grows freely across the U.S.

The couple has also worked for years to grasp the implications of seasonal change and lighting: watching their plants for movement into their flowering phase. Perhaps most critically, they’re adept at testing their crops for the necessary measurements of chemical compounds—something that new hemp growers often find to be a touch-and-go adjustment in the field.

Annette sees the future of Nebraska hemp industry moving toward the development of a robust fiber market, rather than the CBD business. But it’s not an easy task up front: involving a search for the market infrastructure needed to shepherd hemp biomass into the fiber segment—or even the animal bedding market, which Wiles points to as a distinct niche that Nebraska farmers could fill with their supply. Processors need assurances that a fiber crop will be there at the end of the season, and growers need assurances that buyers’ contracts will be fulfilled.

“It’s the chicken and the egg, right?” she says.

And yet, the promise of a Nebraska hemp market is too great to ignore. Annette says the key, again, is simply education. This is a crop that can benefit from shared knowledge and hands-on involvement from university extensions once everyone is on the same page. In that way, Nebraska isn’t so far off from all the other U.S. states wrestling with hemp right now.