You are here:
International news 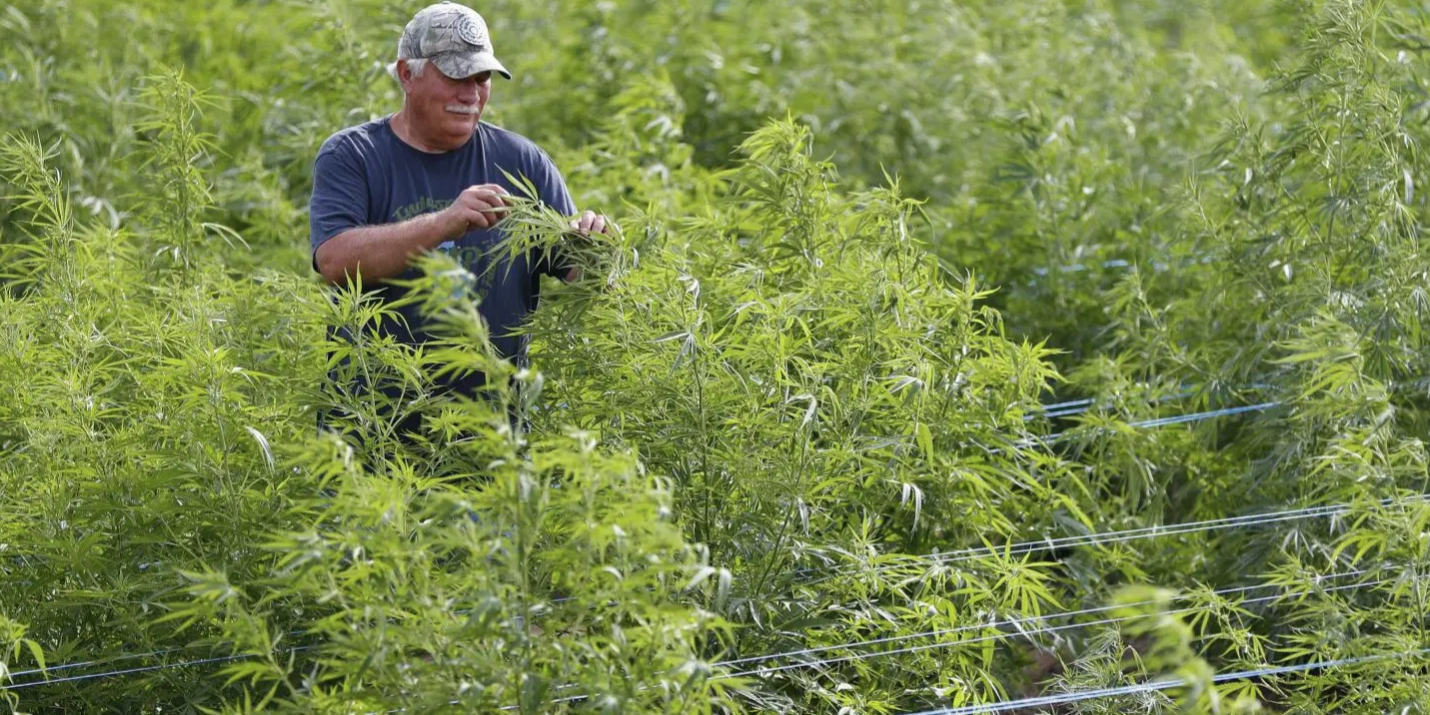 Industrial hemp is the fastest growing crop in US agriculture.

The US defines industrial hemp as cannabis sativa plants containing 0.3% or less THC. Any higher than that, so to speak, and the plants are considered marijuana, which is federally outlawed. Before 2015, hemp was virtually nonexistent in terms of US agriculture, because the Controlled Substances Act lumped it along with all cannabis plants (also known as marijuana) in 1970 as a Schedule I substance with “no currently accepted medical use and a high potential for abuse.”

Then, in 2014, a new farm bill opened up industrial hemp cultivation to state-controlled pilot programs. The following year,1,500 acres of hemp were planted in the US. Today, nearly 100 times that many acres of US farmland are covered in the stuff—146,000, according to new data from the US Department of Agriculture (USDA).

Last year, hemp was planted in 18 states. Today that number has more than doubled, with 37 states planting industrial hemp, for a 350% increase over the acreage planted as of December 2018. And more of those states are going big on hemp. In 2018, just five states had over 1,000 acres of hemp planted, compared with 21 states today. 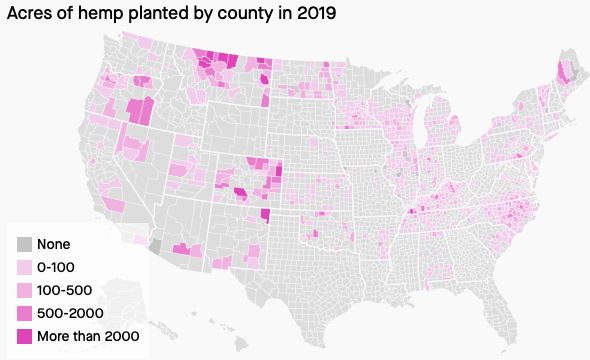 Leading the charge is Montana, which has more than twice the acreage of the second-place state—Colorado—when it comes to hemp cultivation.

“There’s a lot of good land and a lot of good farmers,” said Colby Johnson of the state, whose family farm has around 1,500 acres of varying crops about 60 miles from Glacier National Park, adding that relatively low humidity means plants are less vulnerable to mold. Johnson’s farm sits in a region known as the Golden Triangle because of the abundance of wheat farms. Johnson said the 600 acres of hemp he planted in 2019—up from 300 the previous year—might otherwise have been covered in wheat or barley, but tanking commodity prices make hemp an appealing. alternative.

“Farmers are growing hemp only because all the other commodities—you know, wheat, barley, corn, soybeans, whatever it is, they’re all the dumps,” he said. 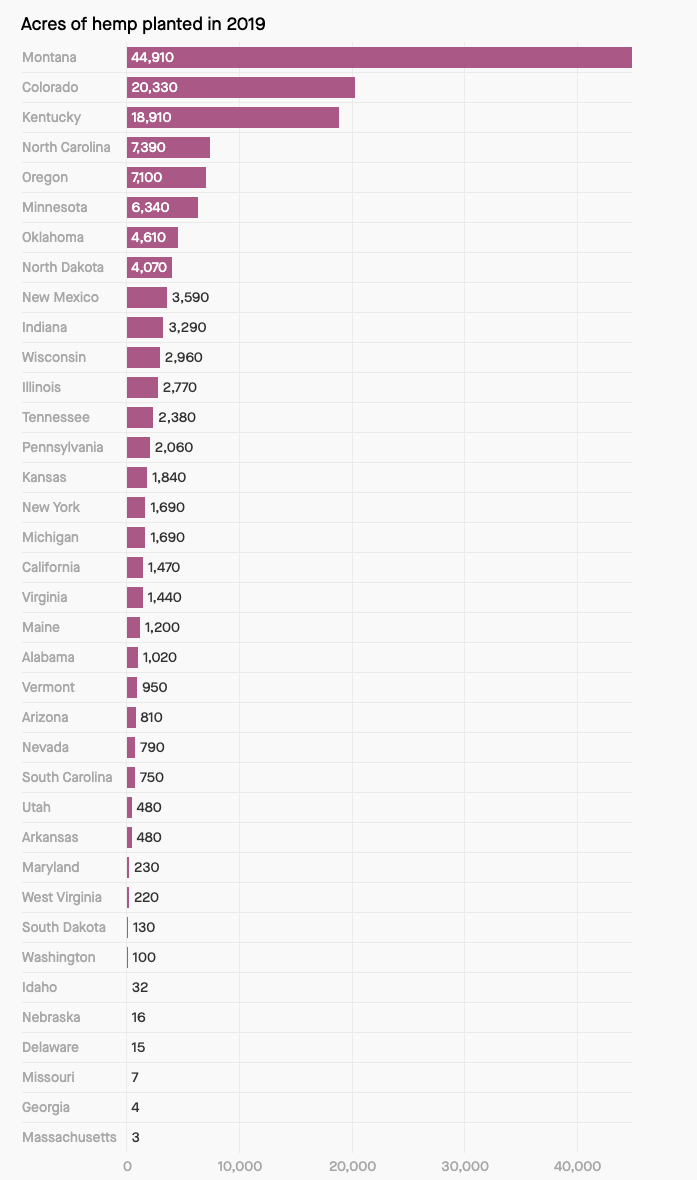 Although the booming market for CBD (also known as cannabidiol, which is derived from cannabis or hemp flowers) is driving the demand for hemp, Johnson said he’s thus far had better luck selling his harvest for its seeds, or grain. Those can be used to make hempseed oil—which is used in food and skincare—as well as “hemp hearts,” as the sprouted seeds are called when they’re sold for sprinkling on salads or cereal, or blending into smoothies.

Johnson said the prices he receives for the grain might be slightly more modest than those that farmers reap for CBD, but that the booming CBD business brought out some shady players. Indeed, Montana Public Radio reported that some Montana and North Dakota farmers are seeking roughly $7 million in damages from CBD deals gone awry.

Despite doubling his hemp acreage since last year, Johnson—who also farms cattle for beef—says he won’t be betting the whole farm on it anytime soon.

“If it sounds too good to be true, it probably is,” he said. “It’s not going to save a farm. It’s going to just help. Hemp won’t be the lifesaver. It’s just going to be another tool that farmers can use going forward.”