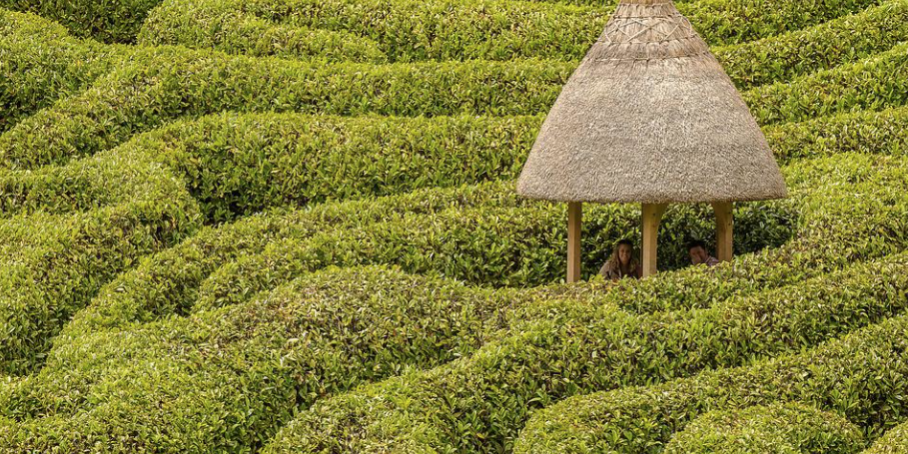 A hemp maze featuring a massive cannabis leaf has opened in the Põlva County village of Saverna in Southeastern Estonia.

The joint effort of local farmers and the local government, Kanepi Municipality — whose name, kanep, is Estonian for cannabis — wants to promote both the municipality and industrial hemp.

In order to reach the big leaf, mazegoers first have to make their way through a winding maze cut into cannabis plants that have grown more than two meters tall.

Visitors aren’t provided with a map, and so must brace themselves for getting lost.

“You can get lost, as you could see — there were a lot of dead ends, so you have to navigate a little,” Pille Bebelev said.

Bebelev, a resident of Põlva County, and her family came across the hemp maze by chance — and it proved a happy accident.

“You had to look everywhere, and you could run around a lot here and this was so cool,” Kristjan Kalm said.

Behind the idea to build a hemp maze was Kanepi municipal government, whose mission is to promote the benefits of industrial hemp.

“Industrial hemp actually has quite a lot of beneficial qualities and uses,” explained Kanepi Municipality cultural adviser Kerli Koor. “Going through the maze, you can learn a lot of different facts. And no less important is the fact that this hemp field was sown with Estonia’s first variety of hempseed.”

The new variety of Cannabis sativa, Estica, was especially developed for the local climate, Koor said, “And it has grown beautifully.”

A competition was announced for the planting of the maze, leading the municipality to the Hani brothers, who were willing to sow the hemp.

“And when we started discussing it with the farmers, then they became fixated on including a cannabis leaf as well,” Koor recalled. “And they did it, and I know that they put a lot of effort into it.”

Of course, the leaf serves another purpose as well — to promote Kanepi Municipality, whose flag and coat of arms have borne the same leaf since 2018, when the designs won the contest and referendum by a landslide following the expansion of the municipality in the nationwide administrative reform the year before.

“Considering our population has continued to grow for several years already, then yes, of course it’s not the case that we’ve stood out solely because of our coat of arms, but the services we offer here,” the municipal official said.

The hemp maze is located alongside Tartu-Võru Highway in the village of Saverna. Visitors are welcome to stop by either now or during the Hemp Festival which kicks off Friday.